Ready to learn about the terrible lizard called the Tyrannosaurus Rex? This dinosaur fact sheet about the TRex is free to download as a printable PDF document.

What does the name Tyrannosaurus Rex mean?

Tyrannosaurus translates to “tyrant lizard”. The species name “rex” translated into “the King”, so the full name means “tyrant lizard the king.” This name was given to it because it is often seen as one of the largest and most powerful dinosaurs of its time.

What family was the Tyrannosaurus Rex part of?

The Tyrannosaurus Rex is part of the Tyrannosauridae family. It is a family of dinosaurs that were carnivores and walked on two legs. It is split further into two subfamilies: Albertosaurinae and Tyrannosaurinae.

What did the Tyrannosaurus eat?

The T-Rex was a carnivore, feeding mainly on other dinosaurs and prehistoric animals. Due to its large size and fast movement, it is believed to have been at or near the top of the food chain. However, many scientists believe that the Tyrannosaurus was a predator and a scavenger, feeding on the leftover prey that other dinosaurs caught.

When and where did the Tyrannosaurus live?

The T-Rex lived in North America and Asia during the Cretaceous Period, about 145- to 66- million years ago.

How big was the Tyrannosaurus Rex?

When was the first skeleton of a T-Rex found?

The first partial skeleton of a Tyrannosaurus Rex was found by Edward Drinker Cope in the Horseshoe Canyon Formation of Alberta, in 1876. He found nearly complete skulls with partial skeletons. Fossil hunter Barnum Brown later found a full skeleton.

Three teeth were also found in 1856 in Canada. These were given the name Deinodon, which means “terrible tooth.”

What are some unique features of the Tyrannosaurus?

One of the most distinctive features of the Tyrannosaurus is their large size and massive skulls with lots of teeth. Despite their large size, they were still able to move quickly, believed to be able to run speeds between 11–25 mph, with some as fast as 45 mph.

What are other interesting facts about Tyrannosaurus?

The Tyrannosaurus arms were quite small compared to the rest of their body, with only two functional digits.

More than 20 complete Tyrannosaurus skeletons have been found across North American and Asia. 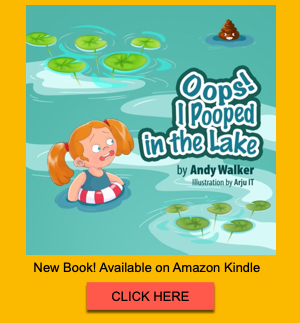